Earthquakes occur daily on our planet; however, many have no impact on human populations. The most dangerous earthquakes are those with larger magnitudes or focuses close to densely populated areas. Recent innovations have led to the development of fast communication devices and accurate sensors which have allowed the development of early warning systems. These systems are able to give the population a few seconds to prepare before any shaking occurs. However, these systems are not perfect and do not predict earthquakes. Systems are made up of many sensors that are located all across a country or area. They are currently active in Mexico, Japan and the USA. The system in Mexico, called SASMEX, has been available to the public since 2005 (Cuéllar, 2014). Mexico experiences many large earthquakes and I have investigated whether the use of the early warning system has had an impact on the number of deaths caused by these earthquakes by creating a graph. There is also ongoing research into early warning systems and their advancement. In addition, there are even hopes that one day we may be able to predict earthquakes using Artificial Intelligence (AI) technology.

An earthquake will occur when there is a sudden slip or jolt between tectonic plates caused by buildup of energy from friction. This energy is then released in the form of seismic waves, which we feel as shaking. In recent years the development of new technology has enabled scientists to provide a short-term warning to the population (Earthquake Early Warning Basics, 2020). The early warning systems work by using a number of seismometers to detect seismic waves as they travel through the earth’s crust. The sensors will detect the P waves first and will then use the information collected (eg. magnitude of wave) to deduce the size of earthquake expected and where the tremors are likely to be felt subsequently. This information is collected in a computer system and then sent out to the general population via television, radio broadcasts or an alert on a mobile phone (as can be seen in figure 1). In theory the warning should be issued before the slower moving (yet more destructive) S waves arrive. These systems are now in place in countries where there are significant earthquake risks. There is a national system in Japan and a less technologically advanced national system in Mexico. In this article I have created a graph to explore if the implementation of an earthquake early warning system has had an impact on the number of deaths during earthquakes in Mexico. However, it is clear that these systems now play a crucial role in the preparation for future tectonic hazards.

The alert provided by the early warning technology allows the population a matter of seconds to move outside away from weak structures likely to collapse, stop industrial processes or exit vehicles. However, even short warnings are not enough to prevent the risks of injury and death entirely (Limitations of the Earthquake Early Warning System, 2020). Fundamentally, the early warning system does not predict earthquakes. This means no evacuation or long-term mitigation is possible. Currently there is no way for scientists to measure the areas where the most energy has accumulated between tectonic plates and therefore will slip next (Can you predict earthquakes?, 2020). Another drawback is that this system does not provide an early warning to a population who are close to the focus of the earthquake. In this area, called the blind spot, the population will experience the shaking at the same time as the seismometers. Furthermore, these are the areas exposed to the most risk. This is because the shaking is stronger and more destructive closer to the focus. For the early warning system to make a difference a good quality of infrastructure is required. Without the necessary building regulations ensuring strong structures and reliable means of communication the implementation of the early warning system would be ineffective. This means that the early warning system alone will not mitigate the hazards produced by earthquakes.

2. Case study of a system in action

The Mexican earthquake early warning system was one of the first systems to be developed. Mexico sits near the boundaries of 3 tectonic plates: the North American plate, the Cocos plate and the Pacific plate. The number of earthquakes experienced annually in Mexico lead to the development of SASMEX (Sistema de Alerta Mexicano). The early warning system began functioning in Mexico City in 1993 and was combined with the second system in Oaxaca in 2005 (Cuéllar, 2014). The system is currently made up of 97 seismometers which send alerts via VHF stations (How does #alertasismica work?, 2015). Figure 2 (the map below) shows the locations of the sensors.

In Mexico City, the capital, sirens are used to provide an alert when the magnitude of an incoming earthquake exceeds 5.0 on the Richter scale (Halton, 2018). During the Morelos earthquake, on the 19th of September 2017, the system only provided a matter of seconds before the shaking started in Mexico City. This was unexpected because the system had provided a two-minute warning for the Tehuantepec earthquake which occurred in Mexico City just 11 days before (Suárez, 2018). The system’s ability was limited by the location of the epicentre of the Morelos earthquake. This epicentre was located about 120km from Mexico City much closer than the epicentre of the Tehuantepec earthquake. The extremely short warning may have contributed to the 273 deaths and more than 6000 injuries which occurred (Mexico quake: A visual guide, 2017). However, despite this example the system has appeared successful and has issued 158 warnings since starting (Suárez, 2018). SASMEX has only one occasion where it has issued a false alert which was in 1993, when it had just started to operate (Suárez, 2018).

The NOAA (National Oceanic and Atmospheric Administration) has a large database containing information about a significant number of tectonic events (Natural Hazards Viewer, 2020). Figure 3 is a graph I created displaying the number of deaths cause by earthquakes in each year in Mexico. The graph demonstrates whether the introduction of an early warning system in Mexico has had any impact on reducing the deaths caused by earthquakes. The graph includes earthquakes with a magnitude above 7.0 (on the Richter scale) that occurred between 1930 and 2020. Some earthquakes were not included because they did not have a value for number of deaths.

It is clear from Figure 3 that there is no strong trend between the year of the earthquake and resulting after the early warning system was added. There are 3 data values which are significantly higher than the others which are the earthquakes in 2017, 1985 and 1932. The 1985 and 1932 earthquakes were serious events which occurred before the system was put into place which may have led to the high number of deaths.

The earthquake in 2017 where 370 deaths occurred shows that the early warning system has not had an impact on deaths caused by earthquakes. However, the fact that the warning issued was delayed could be the reason for a greater number of deaths. Even if the graph showed a trend after 2005 it would still be unclear what caused the decrease in deaths. The system has been in operation for just under 3 decades during which there has been significant developments in technology and infrastructure in Mexico. It is unlikely this system would be as effective as the one in Japan, with its more sophisticated infrastructure. A new algorithm was being tested in SASMEX in 2018 (Halton, 2018). Scientists hope that using this algorithm they could issue a warning 8-10 seconds earlier. This further demonstrates how the system is continuing to develop.

What is the future of early warning technology? Currently most developments are focused on increasing the efficiency of the predictions and giving people a few more seconds to prepare. A different technology is the recent innovation of ‘Wave Gliders’ by Liquid Robotics, which is a branch of the Boeing Company. The hope is that these could improve warning time of the systems and may be able to predict where some of the large quakes are likely to occur (The future of earthquake prediction, 2019). The ‘wave gliders’ collect data from sensors deep under the ocean from the ocean surface and report this to monitoring stations situated on land. The devices (figure 4) look like large surfboards with technical instruments and solar panels on top. The gliders can stay out at sea for a number of months using energy collected from wave motion and their solar panels (Hookway, 2019). The gliders allow scientists to collect data from remote regions more accurately and more regularly (The Wave Glider, 2019). They will also enable observation of oceanic plate boundaries. Scientists are able to collect additional data on how the earth’s crust behaves during and before earthquakes. This development means it is possible to collect data continuously from more remote subsea sensors where this was not possible before because of the need for boats, analysts and a lot of investment. Figure 5 shows how this information can be relayed.

Scientists hope to develop prediction technologies for earthquakes in the future. Many in the scientific community have ruled out predicting quakes in favour of making ‘probabilistic forecasts’ of about the chance of earthquakes occurring at a particular place and time period. A recent article Arenschield (2020) analysed GPS data collected before the 9.0 magnitude earthquake in Japan on the 11th March 2011 from many monitoring stations. Data from these stations show that the landmass of Japan shifted a few millimetres from east to west and back again before the quake (Bedford, 2020). Scientists suggest that the ‘wobble’, caused by subduction of tectonic plates, indicates that a large quake will occur soon. However, scientists also add that this is the first time they have observed this phenomenon and more data is needed to draw further conclusions. Additionally, few countries have the same extensive GPS monitoring system as Japan meaning there are limited places to prove the ‘wobble’ always happens.

Another promising line of research is the incorporation of AI (artificial intelligence) technology into prediction modelling. An American team of geophysicists have been using AI to map out the seismic waves produced in slow slip events in the hopes that the computer may be able to recognise a pattern. For the past 15 years Paul Johnson and team have been analysing data from slow slip events off the west coast of Oregon (Smart, 2019). Their prediction model seems moderately successful and between 2013 and 2018 the model predicted 5 out of 6 earthquakes to within a number of days. However, the data is focused on slow, low magnitude earthquakes not the large devastating ones which are the centre of concern for the population.

It is likely to be some time into the future before the timing of an earthquake can be predicted accurately. Even though earthquakes are just physical processes, like a those in a weather system, a significant amount of the processes are still poorly understood. Over the next 50 years advancements in earthquake early warning technology will probably focus on accessibility and accuracy. The rising numbers of people with mobile phones and widespread network connection will mean more people than ever, even those in remote locations, will be able to receive a warning. This technology could also mean that the public will be able to receive warnings even faster. It is important to recognise that early warning systems do not remove the hazards produced by earthquakes and that they do not replace the need for other mitigation strategies such as engineering solutions. Additionally, the continued study of faults and spread of monitoring into areas where limited research may have occurred in the past will improve the accuracy of these warning systems future.

Thank you to Dr. A. Dimberline and Bristol Grammar School Geography Department for aiding me. 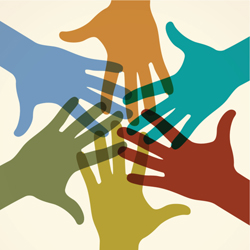